We would like to offer our sincere support to anyone coping with grief. Enter your email below for our complimentary daily grief messages. Messages run for up to one year and you can stop at any time. Your email will not be used for any other purpose.

Share a memory
Obituary & Services
Tribute Wall
Read more about the life story of Joe and share your memories in the Tribute Book.

Joe Bunch, born Joseph Mitchell Bunch September 14, 1930 in Eadsville, KY to Eaph Bunch and Hattie Lair Bunch. Joe is preceded in death by his parents, his brothers Marshal, George and Robert, his sister Ethyl, his daughter-in-law Elizabeth Bunch and her son Shaun.

Joe grew up in Kentucky during the depression and the era of Prohibition. He would often share stories of purchasing cars that had been used by bootleggers and getting gas rations for the cars which he could then sell for money or use for barter.

After family moved to Indianapolis, Joe and his brother Marshal decided to come to St. Louis, MO. Joe was able to get a job at the Sefton Container where he met Agnes Manning. Joe and Agnes were married after a two-week courtship in July 1953. Joe continued to work at the plant, which became part of Container Corporation of America (CCA). Joe’s primary role was Machinist at CCA, where he worked until he was able to take early retirement. During these years, Joe would always work part time jobs at  gas stations and as a tow truck driver.

Joe was an avid fan of Wrestling at the Chase. He loved watching Westerns and Wrestling on TV and listening to Country music.

On retiring, Joe and Agnes sold everything and started full time RV’ing. They toured from the Atlantic Ocean to the Pacific and from North to South. Joe was always social, not knowing a stranger. Joe easily obtained jobs at the campgrounds with Joe doing everything from Lawn work to Maintenance. This helped pay the cost of staying at the campgrounds.

Joe loved ride-alongs with his son in the eighteen wheelers. When home, Joe wanted to spend as much time as possible with family and grandkids.

To send flowers to the family or plant a tree in memory of Joe Bunch, please visit our floral store. 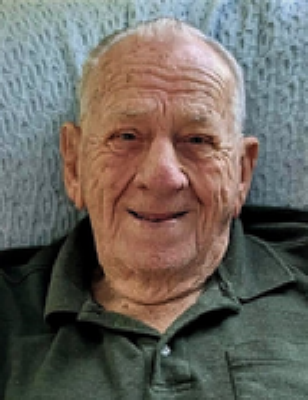 Look inside to read what others have shared


Family and friends are coming together online to create a special keepsake. Every memory left on the online obituary will be automatically included in the book.

You can still show your support by sending flowers directly to the family, or by planting a memorial tree in the memory of Joe Bunch
© 2022 Nieburg-Vitt, Thiebes Funeral Home. All Rights Reserved. Funeral Home website by CFS & TA | Terms of Use | Privacy Policy | Accessibility