We would like to offer our sincere support to anyone coping with grief. Enter your email below for our complimentary daily grief messages. Messages run for up to one year and you can stop at any time. Your email will not be used for any other purpose.

Share a memory
Obituary & Services
Tribute Wall
Read more about the life story of Janet and share your memory.

Janet Sue Fitts, 59, of Pacific, passed away on January 15, 2023. Mrs. Fitts, daughter of the late George H. Jones Jr, and his wife Peggy, nee Thompson, was born on April 7, 1963 in Kansas City, MO. On October 14, 1989, she was united in marriage to Thomas Fitts at the Catawissa Union Protestant Church.

Janet graduated from high school in 1981 and studied music at the University of Missouri-Kansas City, where she participated in a number of orchestras including the Kansas City Symphony. She loved music and played piano often for church services and private lessons throughout her life, and taught music at Crosspoint Christian School.

Janet transferred to nursing and completed her Bachelor of Science in Nursing at St. Louis University in 1989. During this time she also worked as a Firefighter and Paramedic at Eureka Fire Protection District. After graduation she worked as an Emergency RN and Trauma Nurse Coordinator at St. John's Mercy hospital, Paramedic Program Director at East Central College, and Paramedic at New Haven Ambulance District and Six Flags St. Louis.

Most importantly, Janet was a mother and wife. She homeschooled her 3 children and supported Tom when he became the Paramedic Program Coordinator at ECC. She's battled many health challenges including multiple sclerosis and breast cancer, and never knew the meaning of the word 'quit.' She leaves a legacy as a musician, teacher, healthcare provider, wife, sister, and mother.

She was preceded in death by her parents and husband, Tom Fitts.

Among her survivors are three children, Megan Fitts of Pensacola, FL, Adam Fitts of Washington, and Jacob Fitts and fiance Jasmine of Pacific; siblings, Ken Jones and wife Kathie of Arlington, TX, Dan Jones and wife Cheryl of Cary, NC, Kathleen Smith of Aledo, TX, and Carol Johnson of Overland Park, KS; brother-in-law, Don Fitts of Pacific; loved ones and many friends.

A visitation will be held Wednesday, January 25, 2023 from 11:00 A.M. to 12:00 P.M., followed by a Celebration of Life from 12:30 P.M. to 2:00 P.M. at the Wm. F. "Bud" Weber Community Center at 333 Bald Hill Road, Eureka, Mo 63025. The EMS walk through will also be observed during this time. Formal uniforms are requested, but not required. Private interment will be in the Jane Callahan Cemetery in Bunker, MO at a later date. Memorial donations can be made to the East Central College EMS Scholarship Fund."

To send flowers to the family or plant a tree in memory of Janet S. Fitts, please visit our floral store. 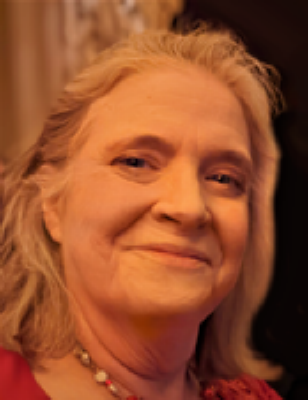 Look inside to read what others
have shared
Family and friends are coming together online to create a special keepsake. Every memory left on the online obituary will be automatically included in the book.

Look inside to read what others have shared

Family and friends are coming together online to create a special keepsake. Every memory left on the online obituary will be automatically included in the book.

You can still show your support by sending flowers directly to the family, or by planting a memorial tree in the memory of Janet S. Fitts
SHARE OBITUARY
© 2023 Nieburg-Vitt, Thiebes Funeral Home. All Rights Reserved. Funeral Home website by CFS & TA | Terms of Use | Privacy Policy | Accessibility